Dr. Maria Montessori opened her first “school” in 1907. It was known as the “Casa dei Bambina” or “Children’s House.” This reflected Dr. Montessori’s belief that a carefully prepared environment designed to foster development of a child’s independence would be more beneficial to the learning process. A Montessori environment is a “hands on” experience in the most profound way.

Our school was founded in August 1984 by a group of parents who shared the Montessori philosophy and wanted quality education for their children through a prepared environment.

They also wanted a school in which they could be actively involved. As a result, Montessori Co-op School was organized as a non-profit corporation to be governed by a Board of Directors.

We pride ourselves on our roots and what sets us apart. 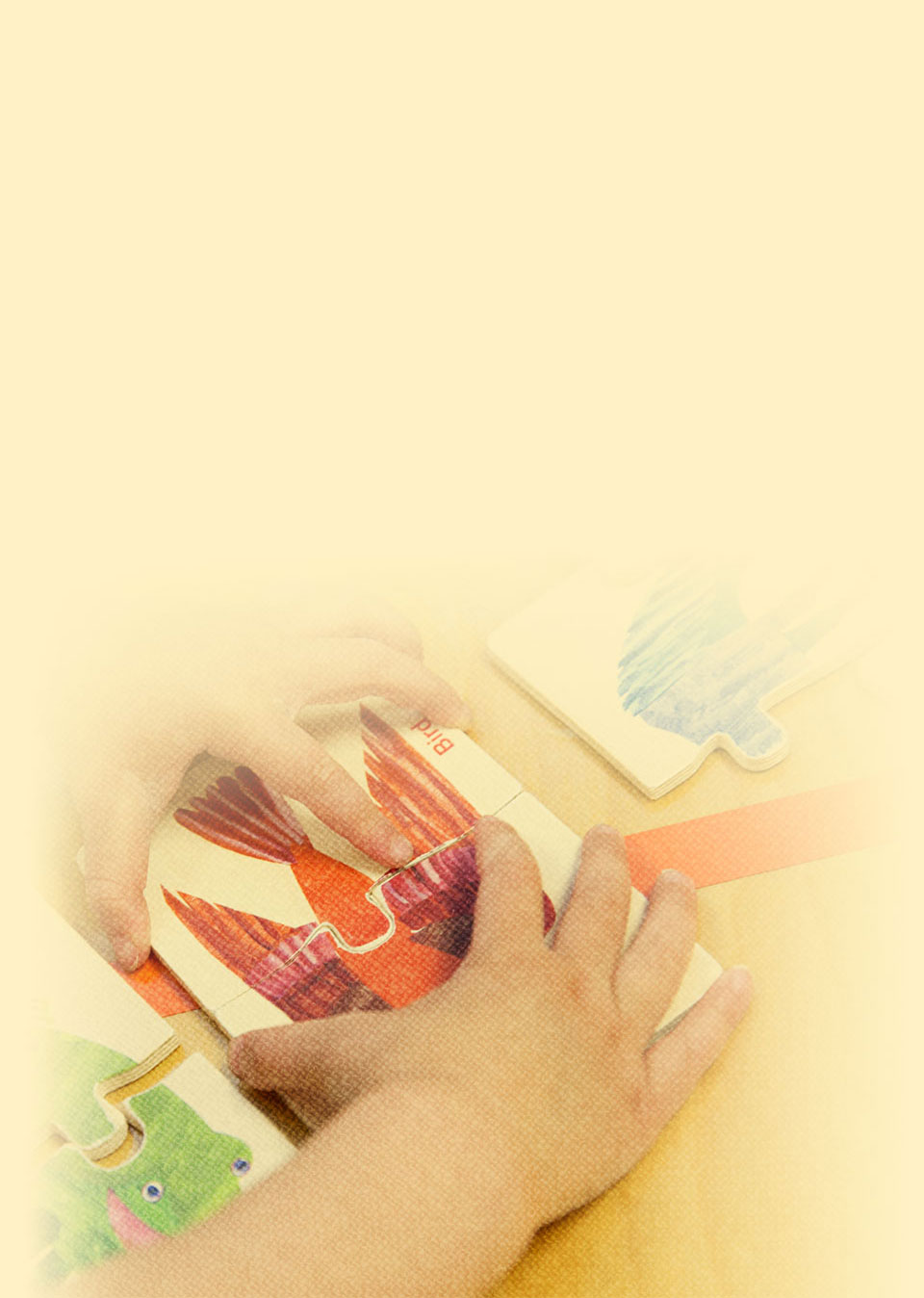 Our toddlers benefit from a 6:1 student-teacher ratio, while our elementary and junior rooms have a 14:1 ratio. In addition, each classroom has an assistant teacher to provide extra attention and assistance. These ratios are about half that of other area Montessori schools.

Because we are a parent co-operative school, we work very hard to keep tuition costs affordable – and at a level lower than other area Montessori schools.

An advantage in size

Because we kept our enrollment at 70 children or less, teachers have a greater opportunity to provide one-on-one direction and assistance. We know the name of every child in our building – and they know ours.

Our three-year work cycle means children have the same teacher for three years, which allows students and teachers to develop caring, nurturing relationships.

What age of children do you accept?

The Co-op accepts children from 18 months through 6th grade.

What are your hours of operation?

Is the school year-round? Or does it follow the public school calendar?

The toddler and junior programs are in session year round. The elementary school is closed for summer session just like public school, but week-long, themed camps are offered throughout the summer for elementary students.

Is there a waitlist for enrollment?

What is the benefit of a multi-age classroom?

Children learn from one another-they learn by observing and interacting

Young children learn higher level cognitive and social skills not only through mental development, but also by observing others as models.
Collaborative learning is encouraged. Children of different ages are interacting and learning from one another. The older children in the classrooms are encouraged to give lessons to younger children and it's amazing to watch the older child solidify what they know by teaching it to the younger child and it's just as amazing to see a young child's eyes focus intently on the older child as they give a lesson-this is more powerful than an adult giving a lesson.  They connect more deeply with other children.

Multi-age grouping helps children develop a sense of community and supports social development.  For example, the older child shows younger children how to prepare and organize snack. There is a sense of looking out for each other that is deeply felt by the children.
Children work at their own levels, which may vary in different curriculum areas.  Groups are flexible and often differ depending on interest, subject matter, and/or ability.

Curriculum and materials are multidimensional and concrete.  Children re-explore the same materials at different levels.  For example, the geometric solids can first be sensorially explored by a younger child. An older child may want to name them, match them to cards, or even trace and cut them out.  When these materials are used often and at different levels, the opportunities for learning are endless.

How much participation is expected from parents?

There is a place for everyone at the Co-op. Ultimately, you can participate as much as you can be involved. For example, if you can help organize an Earth Day event that might need two weeks of planning, or you could participate as a board member, having monthly meetings and daily involvement. Part of what makes the Co-op successful is not the quantity of involvement but that each member fulfills what they sign up for.

Does the Co-op have a religious affiliation?

No, at our school we are open and accepting of all religious beliefs but are not religious in nature. Students study world religions and learn about traditions and holidays to enhance their understanding of the world and the people in it.

Will it be hard for my child to transition to traditional school?

Since a complete PreK-12 Montessori program is not available in every neighborhood, transitioning is something the majority of Montessori kids will have to accomplish at some point in their school careers.

While all children respond to transitions differently, the simple answer is that your child will do just fine. From the earliest ages, Montessori schools focus on helping children develop a high degree of self-motivation, coping skills for dealing with new situations, and a strong sense of respect and responsibility, all skills that will serve them well in a public school setting.
Most parents’ concerns are focused on two primary areas: academics and socialization. A few parents who have made the transition have said their child was bored at first, and ready to move onto the next concept before the rest of the class. They wonder why everyone in the class needs to do the same thing at the same time. But most have said their children adapted well to their new setting fairly quickly, making new friends, and succeeding within the definition of success understood in their new school.

Research seems to back up this anecdotal evidence. A longitudinal research study by AMI tracked 400 students in Milwaukee. Half the students received only public school education from kindergarten to graduation; the other half attended Montessori schools through 5th grade before transitioning into the public school system. The two groups were carefully matched in terms of gender, ethnicity and family financial status. At the end of the study, which was conducted over 10 years, test scores and GPAs were compared.

Perhaps it won’t come as a surprise to Montessori advocates that the children who had received Preschool- 5th grade Montessori education not only outperformed the other student group in math and science test scores, but also graduated with higher GPAs. The conclusion of the study was that early Montessori education had a long-term impact on later public school performance. At the very least, students transitioned excellently on an academic level.
In terms of socialization, the fact is that leaving a familiar classroom or school behind will likely cause feelings of sadness for students of any age. However, from the time they were toddlers, Montessori-educated children have learned the core values of respect for self, respect for others and respect for the environment. Their mixed-age classrooms have allowed them to interact with a more diverse social circle than most other kids their age. And they have been encouraged to interact peacefully with others using conflict resolution and social interaction strategies. Research studies have also shown that Montessori students demonstrate a greater sense of fairness and justice, and are more likely to choose positive responses for dealing with social dilemmas. These skills them extremely well as they move into their new classrooms and begin making new friends.

In the majority of situations, the children make a healthy and eventually happy transition from Montessori to traditional schools. That being said, parents need to do their part by carefully investigating schooling options. Many districts offer interesting charter school choices, and some parents will pick a private school. Each family will have to make the decision that’s best for their child, and be ready to give them some extra support as they make the transition.

Why don’t Montessori teachers give grades?

Grades, like other external rewards, have little lasting effect on a child’s efforts or achievements. The Montessori approach nurtures the motivation that comes from within, kindling the child’s natural desire to learn.

A self-motivated learner also learns to be self-sufficient, without needing reinforcement from outside. In the classroom, of course, the teacher is always available to provide students with guidance and support.

Although most Montessori teachers don’t assign grades, they closely observe each student’s progress and readiness to advance to new lessons. Most schools hold family conferences a few times a year so parents may see their child’s work and hear the teacher’s assessment—and perhaps even their child’s self-assessment

Montessori schools teach the same basic skills as traditional schools, and offer a rigorous academic program. Most of the subject areas are familiar—such as math, science, history, geography, and language—but they are presented through an approach that brings separate strands of the curriculum together.  In the toddler and junior rooms the children have the objects in hand and are manipulating it on their own terms. As they move up in Montessori they may use the same object, but are asked to think critically, use it to problem solve, or possibly apply it to new research questions. This approach to curriculum shows the interrelatedness of all things. It also allows students to become thoroughly immersed in a topic—and to give their curiosity full rein.

How are donations utilized?

The Co-op is a 501c3, non-profit organization. Cash donations are welcome and appreciated at any time! If you are interested in making a financial contribution to our school, we can meet with you to discuss current areas of need and potential naming opportunities.

Because the Co-op strives to keep tuition as low as possible, regular fundraising is essential. Donations received through our specific fundraising campaigns are used for different things at different times, but will always be identified at the launch of the campaign. Donations used from these campaigns may be used for purchasing classroom materials, funding student scholarships or making improvements to our building and grounds.

Do you accept non-monetary donations?

Yes… but please call our office first to make sure we have room and a use for your donation.

Do you provide transportation to and from school?

No, the Co-op does not provide transportation to and from school.

Do you provide meals and snacks to the students?

Students bring their own lunch to school and have a morning and afternoon snack. Parents provide snack once per month for their child’s classroom.

What is the average class size?

Each classroom has 15-20 children, with a head teacher and an assistant.

What education or accreditation are your teachers required to have?

Our Co-op COVID Response plan can be reviewed here:
https://docs.google.com/document/d/1MzHGUh5AjW4s9XdlnroqpIz_lWnA2hGwCN_TSIp9N_Y/edit?usp=sharing

We believe the cost of education is an investment in a child’s future, and that every investment parents make should provide value and a quality experience.