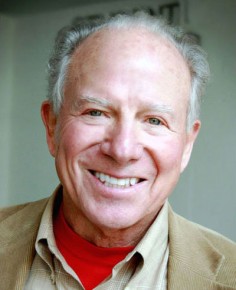 Presented in part by Kaneko, the Co-op is pleased to host the first speaker in the Co-op Film and Speaker Series and the Kaneko Great Minds Series: Dr. Stuart Brown on Thursday, June 4 from 7 – 9 p.m.

TICKETS
Free for all Co-op Families

Bring the kids along for the PlayLab, happening during the lecture (donations accepted).

Trained in general and internal medicine, psychiatry, and clinical research, Dr. Brown first recognized the importance of play by discovering its absence in the life stories of murderers and felons.

His years of clinical practice affirmed the need for healthy play throughout the life cycle, and his independent scholarship on the evolution of human and animal play led to the establishment of the National Institute for Play (NIFP) and the founding of what is now known as “Play Science.”

In 2000, Dr. Brown produced the three-part PBS series, “The Promise of Play.”

Dr. Brown’s experience as a medical administrator, producer, and scientific consultant, plus his scientific and popular writings, have identified him as the foremost “practical champion of the knowledge of play.”

His recent book is the title of his lecture: Play: How it Shapes the Brain, Opens the Imagination, and Invigorates the Soul.